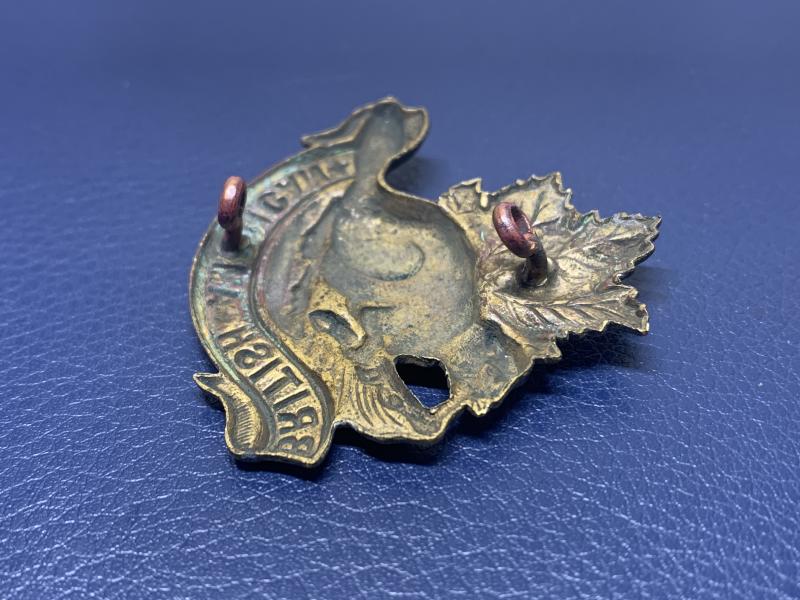 The squadron did not see service in the South African War. It was re-named in 1905 as The King's Colonials, Imperial Yeomanry and in 1908 was re-titled King Edward's Horse (The King's Overseas Dominions Regiment) and issued a new badge when it became part of the Territorial Army. In 1909, the Crown Colonies attained the status of Dominions, with the term "Colonial Sq... read more 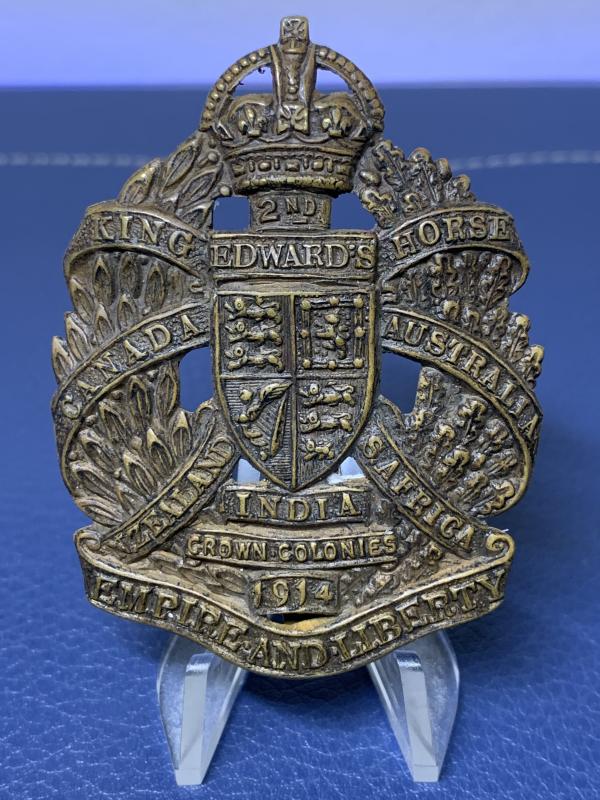 The 2nd King Edward's Horse (The King's Overseas Dominions Regiment) was a cavalry regiment of the British Army, formed in 1914, which saw service in the First World War. It was formed of British colonial citizens who were in Britain at the start of the war.

Price is in Canadian dollars.
HST is included in the price.
Shipping is available.
Tracked shipping a... read more 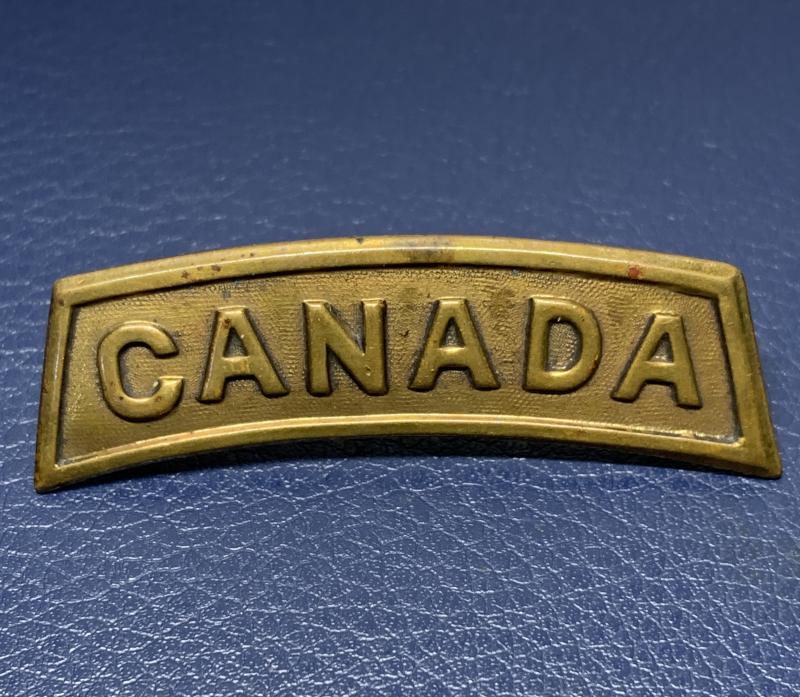 Price is in Canadian dollars.
HST is included in the price.
Shipping is available.
Tracked shipping available for an extra fee. read more 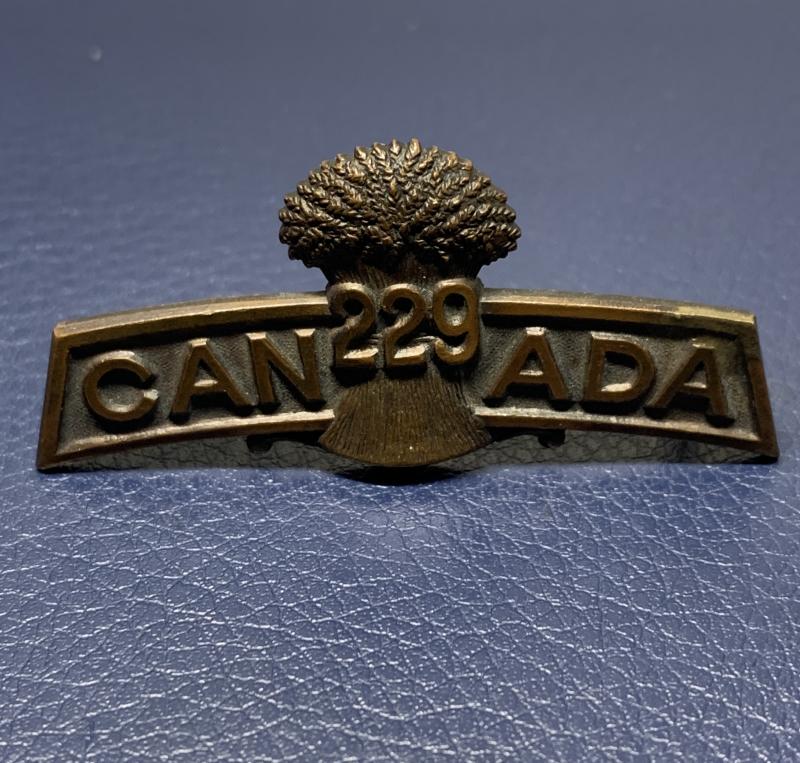 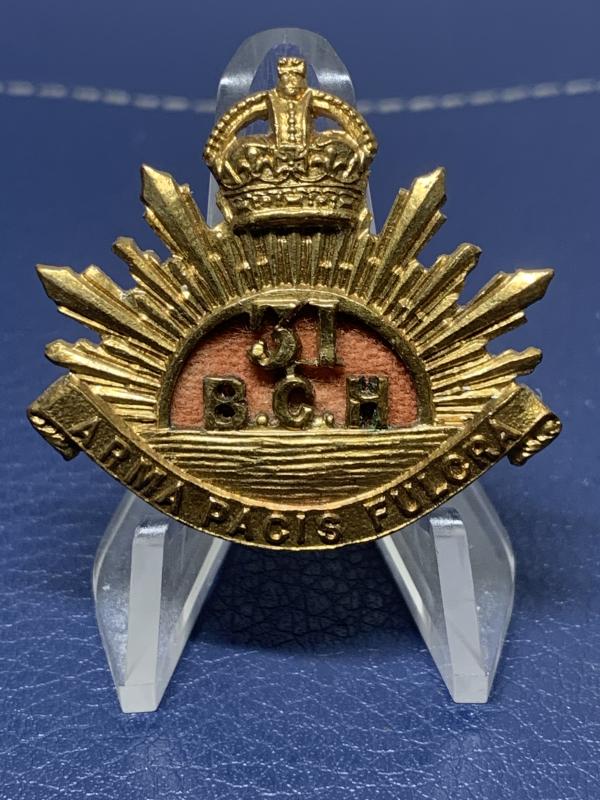 On 15 April 1912, the 2nd BC Horse was redesignated as the 31st Regiment, British Columbia Horse.

On 1 November 1920, as a result of the Canadian Militia reorganization following the Otter Commission, the 31st Regiment British Columbia Horse was redesignated as the 5th British Columbia Light Horse.

Price is in Canadian dollars.
HST is included in the price.... read more 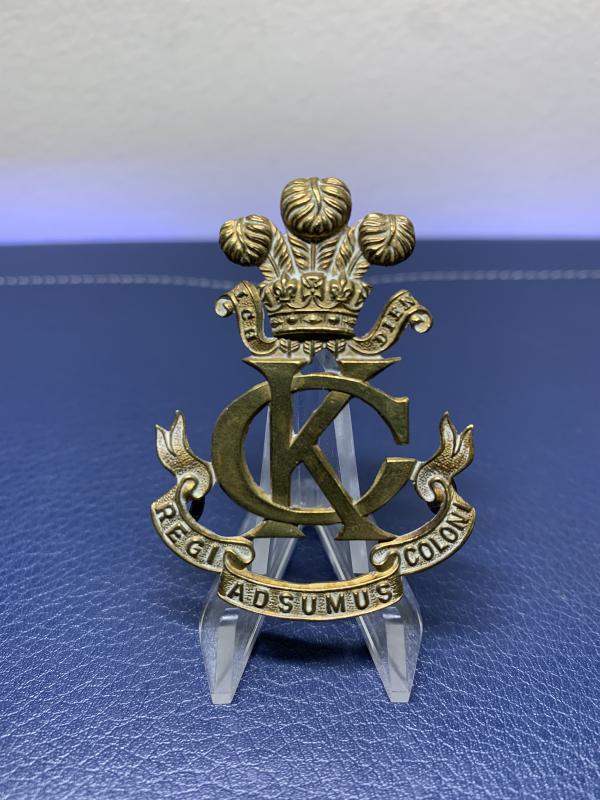 The King's Colonials (KC) were a unique yeomanry Regiment in the British Army in the opening years of the 20th century. Although formed in the final stages of the Boer War, the Regiment itself did not see service there although a number of its individual members did.

Price is in Canadian dollars.
HST is included in the price.
Shipping is available.
Tracked sh... read more 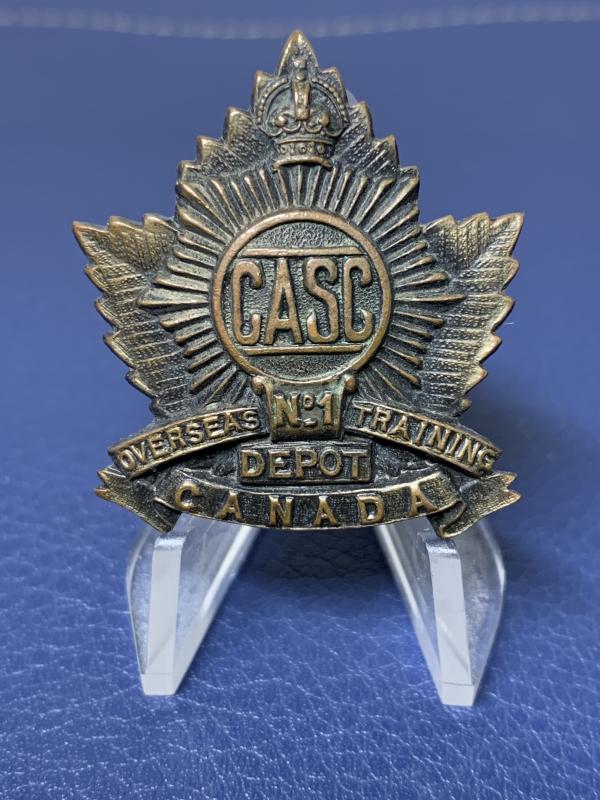 During World War I, the CASC provided a support element for each Canadian Division, and later on, for the Canadian Corps. With the introduction of motorized vehicles, the CASC carried commodities of a greater range and of greater weights. Motorized transportation also resulted in expanded responsibilities such as driving ambulances and engineer pontoon vehicles, carrying all natures of ammuniti... read more 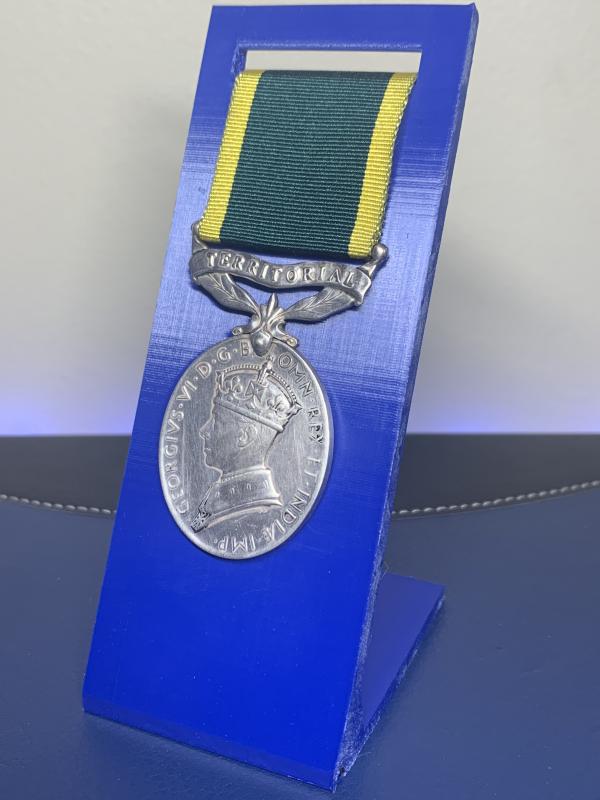 On 7 February 1920, following the establishment of the... read more 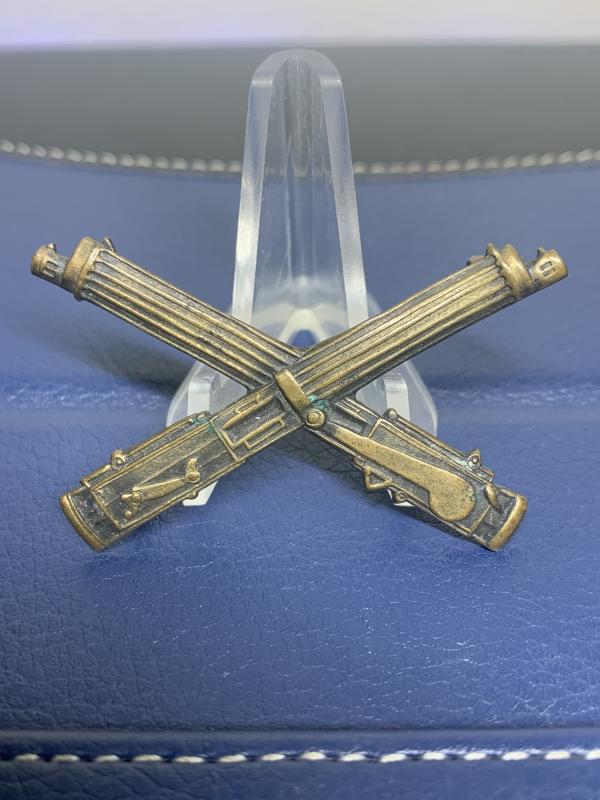 Bent barrel in one in one of the guns. 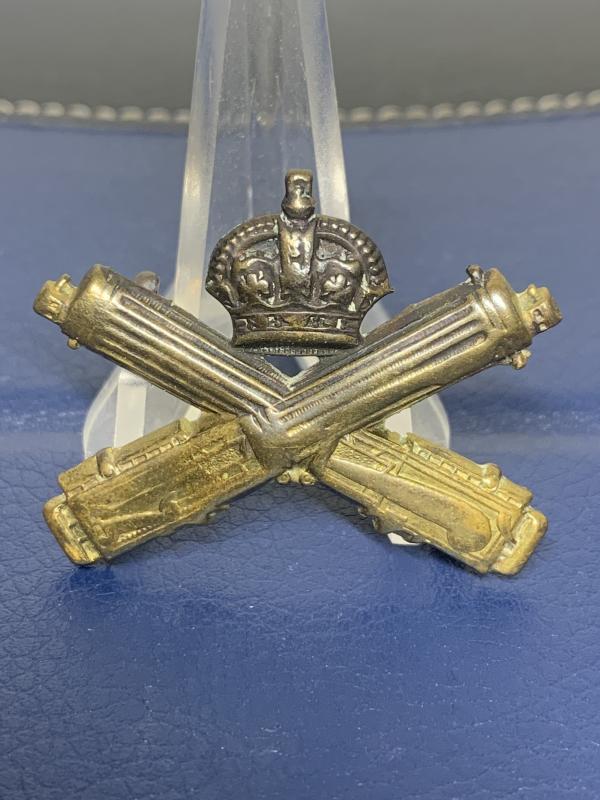